Dragon’s Den operates in the historic St. Mary Magdalene, a restored Italianate Renaissance church, certified as a historic building by the National Register of Historic Buildings. The very image of the towering architecture of St. Mary’s, originally built in 1896, continues to be one of the identifying landmarks of Homestead PA.

History of the Church 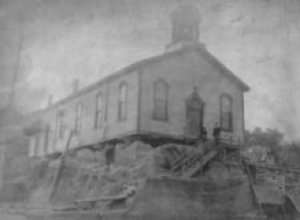 “St. Mary Magdalene was founded in February 1881, as a result of the growth of the steel industry in Homestead and the growing population of mill workers and their families. People attended Mass at a local grocery store until December of 1881, when land was purchased on Amity Street for a church and a one story frame church was constructed. Due to the rapid growth of industry in Homestead, this first church was soon found to be inadequate and a new frame church was built in 1888. Sadly, this church did not last long – a fire in December 1890 destroyed it as well as the school and convent. The congregation had to move back to the original church until another new one could be built.

The cornerstone of the new church was laid on October 20, 1895 and the completed church was dedicated on December 13, 1896. This large new church on Amity street had steeples 150 ft high and seating for 1,200. Unfortunately, it suffered the same fate as its predecessor. On March 13, 1932, the church was totally destroyed by a fire. Again, a new church was built and dedicated on May 21, 1936. This church was also struck by fire in November 1977. Although the church suffered significant damage, the building itself was saved and restored.

As the growth of the steel industry in 1880’s led to the creation of St. Mary Magdalene, the collapse of that same industry a century later led to its demise as an independent parish. In 1992, St. Mary Magdalene was merged with other Homestead and Munhall parishes to create the new St. Maximilian Kolbe parish. Because the church building needed extensive repairs, the diocese originally planned to close the St. Mary Magdalene. However, due to many requests from the community to save the first Catholic Church in Homestead, the diocese offered to keep the church open as a worship site if the community could raise the funds to make the necessary repairs to the church. The Homestead community met the challenge and St. Mary Magdalene remained open as a worship site for St. Maximilian Kolbe parish. 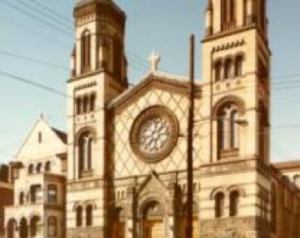 Unfortunately, the parish continued to struggle financially. Beginning in June of 2006, the parish conducted a study to determine the number of church buildings it could support. Based on the result of this study, the parish decided to close St. Mary Magdalene Church. The final Mass in the church was celebrated on October 24, 2009 and the building was formally closed on November 1, 2009.” 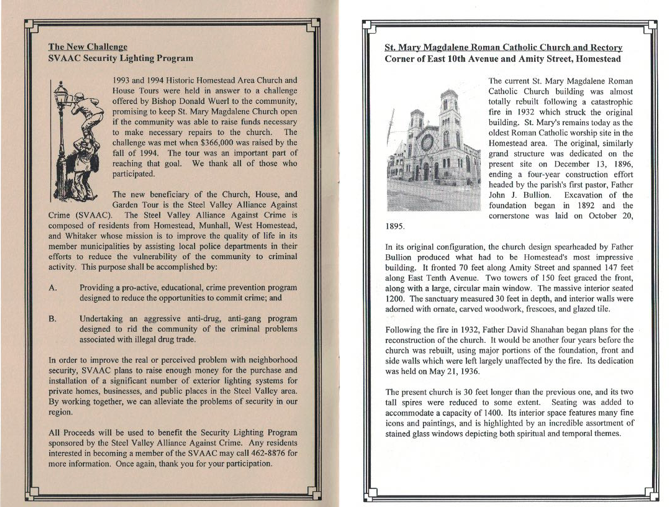 In 1994, the community of Homestead came together to meet the challenge of raising $366,000 to keep St. Mary open. 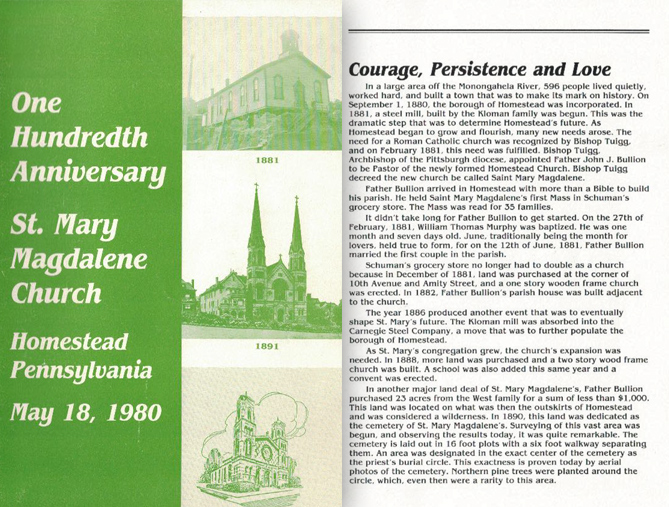 St. Mary is a special place for so many people. The same Buddy Hobart who carefully documented the church's story is now on Dragon's Den's Board because, like so many others, he cares! 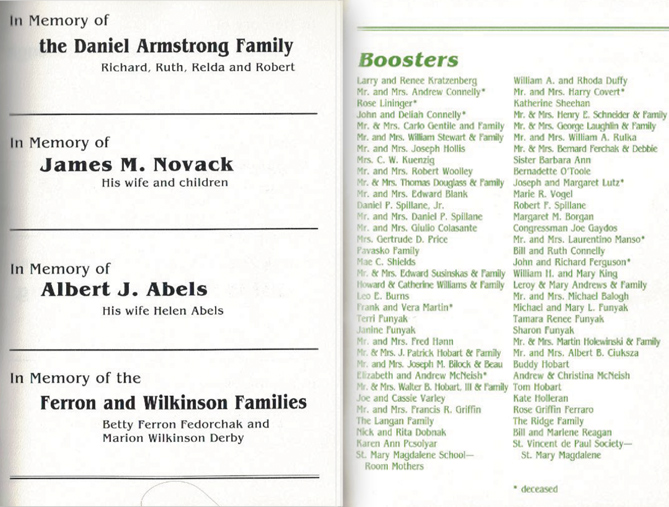 We are delighted and honored that names from the past are reappearing in our present. Most notably, the Sisters of Charity supported the revival of St. Mary Magdalene's with their prayers as well as the immense contributions of Sister Melanie DiPietro, a civil and canon lawyer who was instrumental in the Dragon's Den receiving its 501(c)(3) status. 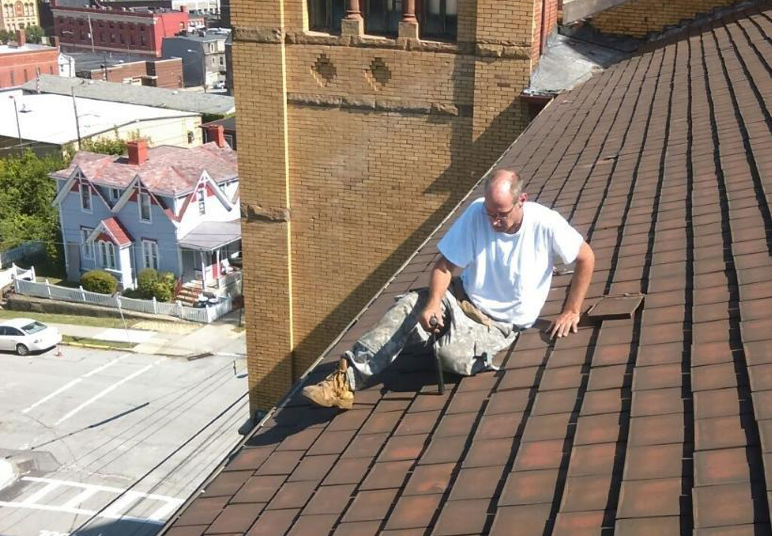 The roof had more than a dozen major leaks. 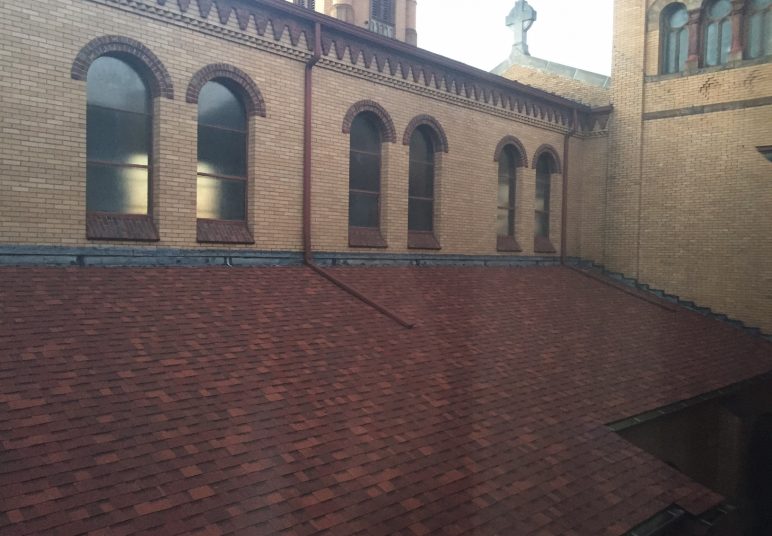 Part of the roof was completely redone... 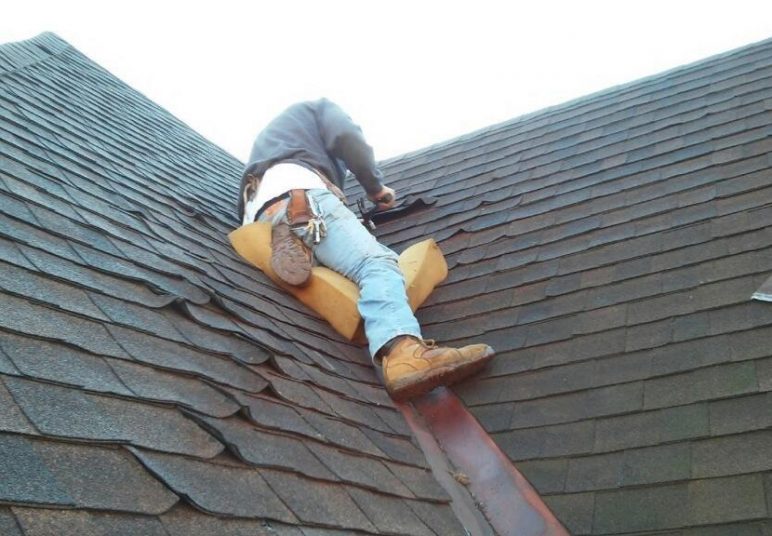 and the original terracotta tiles were carefully dismounted with a slide so that they could be salvaged to repair other leaks. 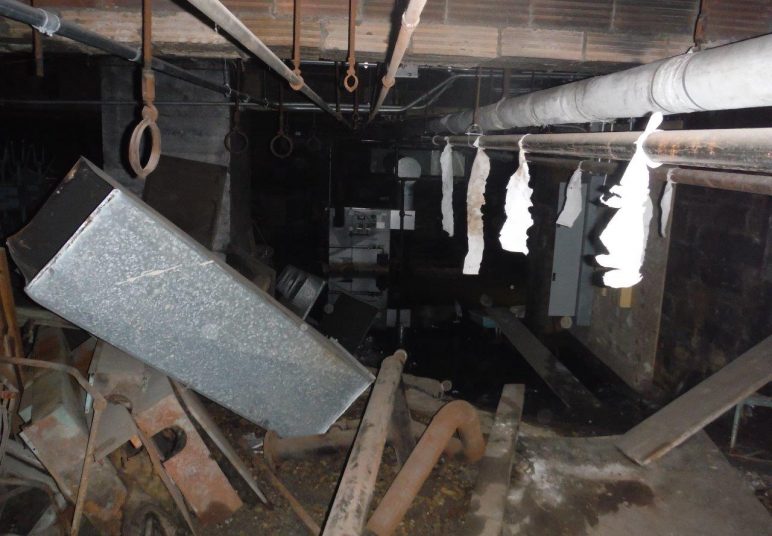 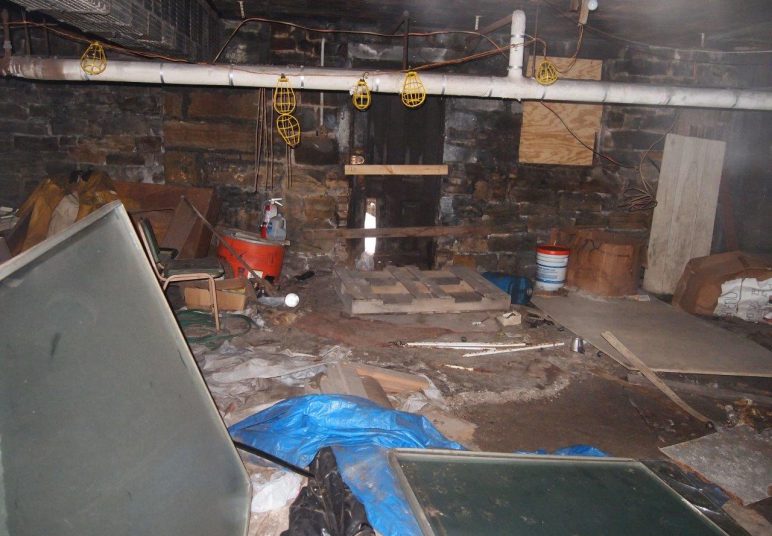 Decades of debris were cleared out 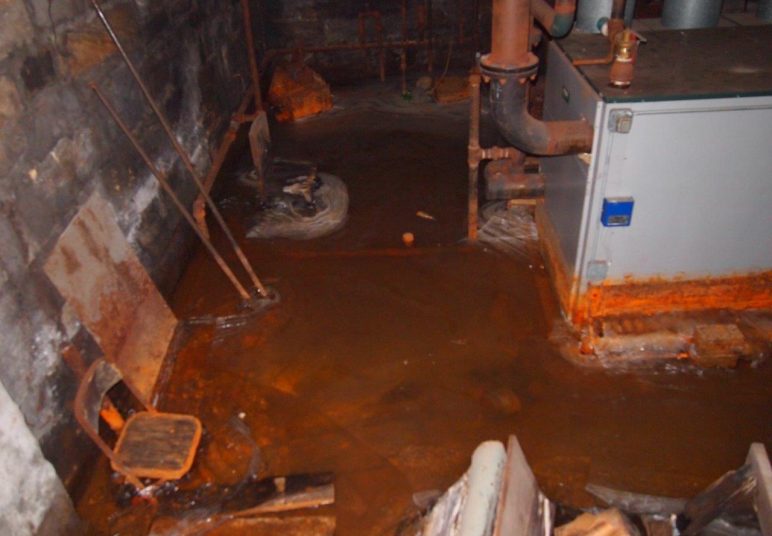 The furnace had been under water for too long and it could not be saved :( 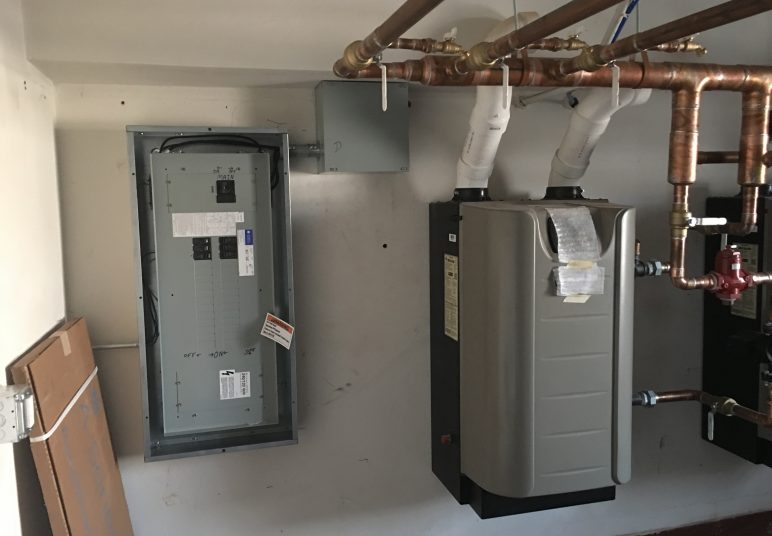 The new heating system is finally in! It took us almost a year to select the best company and most efficient system. Thank you Fagnelli! 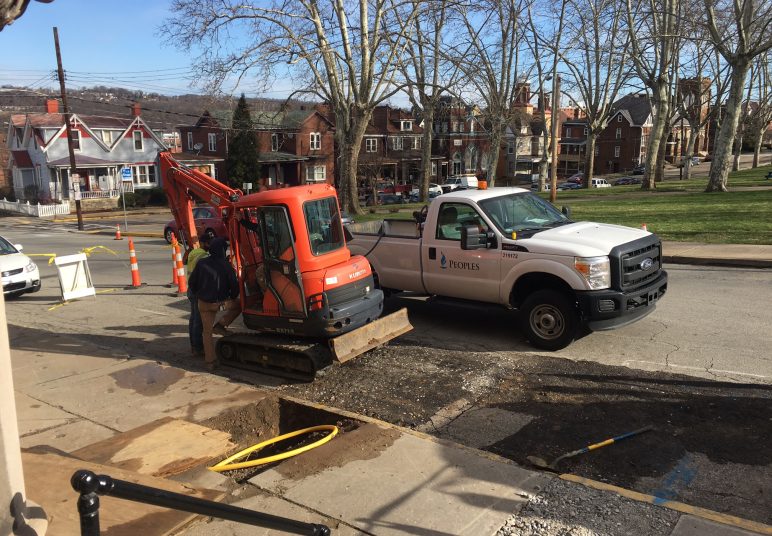 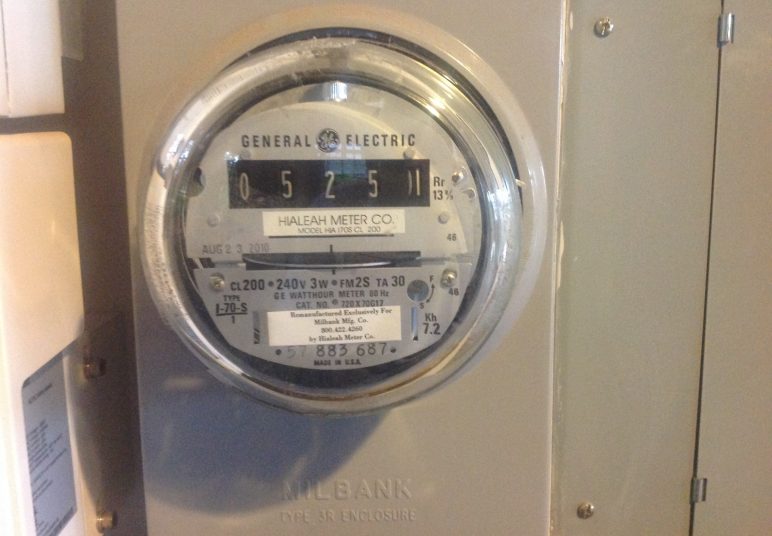 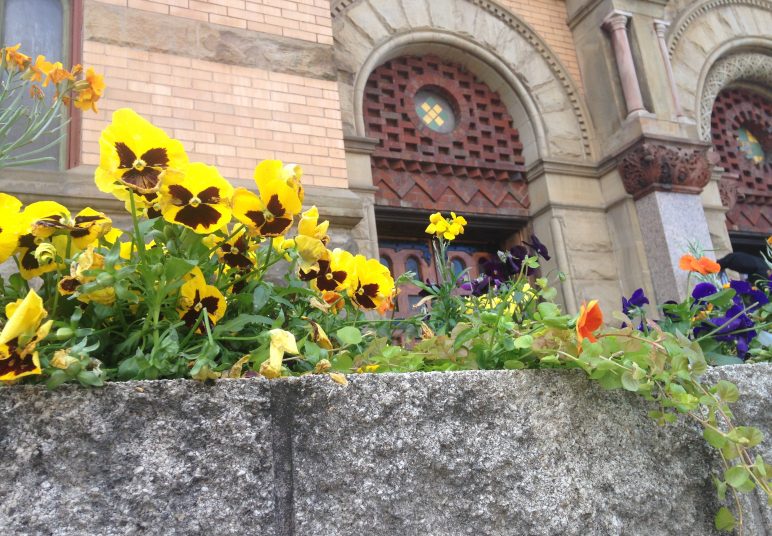 Last but not least we added flowers! 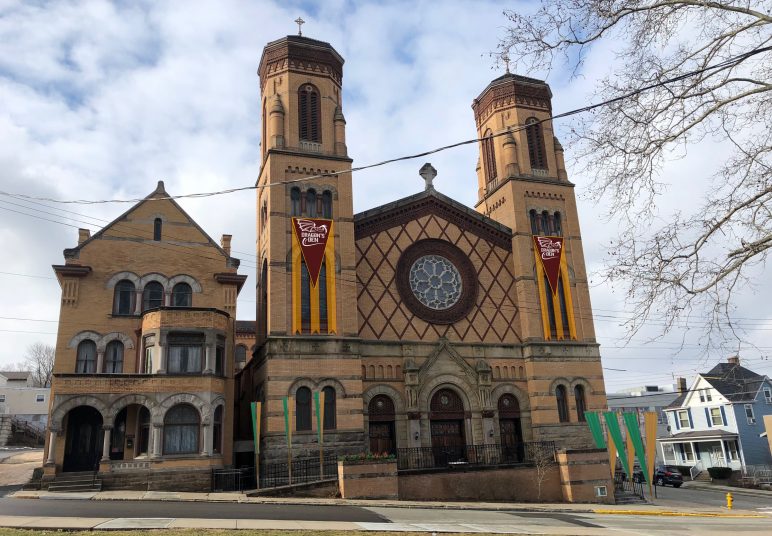 A 3D rendering of what the future will look like with your help!

Dragon's Den needs your help to keep its doors open to the whole community!